1. Expanded reach of coverage with a media roundtable event to reveal survey results

2. Raised awareness of the research findings with 12 articles published across industry-leading publications

Telecommunications and media industry vendors rely heavily on research and studies to gain the type of knowledge that keeps them one step ahead of the competition. And when this information is shared with customers and prospects, the vendor gains untold credibility, which raises their standing within the industry. BriteBill, an Amdocs Company and a leading provider of billing and communications software for communications and media providers, saw a gap in the innovation race. They wanted to explore how service providers innovate, better understand potential pitfalls and know what opportunities will present themselves in the foreseeable future.

Already an existing client, BriteBill engaged TechComms to recommend a strategy for conducting the study – including target respondents, geographical regions and survey questions.

As a well respected member of the technology community with deep ties to industry analysts, TechComms recommended Omnisperience, a leading analyst firm that helps B2B service providers improve performance through insightful research and advice, to conduct the survey.

To achieve the most coverage from the survey results, TechComms created a communications plan that included deliverables such a white paper, press release, guest media articles, infographics, blogs and a media roundtable event.

The survey focused on 40 Tier-1 service providers across North America, EMEA and Asia to determine their 2018 – 2019 innovation plans, and how these innovations will be used to combat the competition.

The results of this study formed the basis for a white paper, that was developed by Omnisperience. Widely distributed across the industry, the white paper was immensely popular with over 1,300 impressions in just the first two weeks. Using the raw survey data, TechComms created a series of infographics that were distributed through a multi-touch campaign, further enhancing the BriteBill brand as an industry leader. Survey results were also used to develop 12 pieces of content that were published across telco, business computing and customer experience media. And social media activity further amplified the campaign, with widely read blogs that focused on key aspects of the study.

Additional coverage was secured with an invitation only media roundtable, hosted by BriteBill. Teresa Cottam, Chief Analyst at Omnisperience revealed the survey findings to a select group of media, including Telecom.com, Vanilla Plus, Capacity Magazine and EuroMedia. In addition to the actual event, TechComms secured three pre-event briefings with Computer Weekly, Engage Customer and Telecoms.com. Initial coverage hit the press the very next day with articles in Vanilla Plus, Telecoms.com, EuroMedia and Disruptive Asia. Total pickup of the research and its findings exceeded 200, reaching a potential audience of more than 86,000,000.

“The traction we received from a single industry survey was truly remarkable. From the start, TechComms was actively and intimately involved, ensuring that the entire project progressed according to the plan and in a timely manner. The comprehensive strategy, created by Rahme and her team, focused on further establishing BriteBill as an industry leader. With this goal in mind, we met with a steady stream of industry analysts, journalists and communications and media companies. To gain maximum exposure, TechComms organised a well-attended roundtable event and pre-event briefing calls, as well as developed an array of content such as media articles, blogs, infographics and a press release.”.

James Browne, Head of Marketing at BriteBill, an Amdocs Company 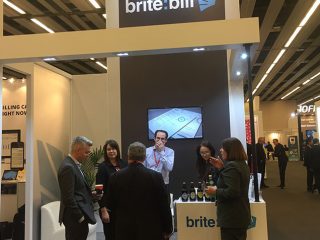 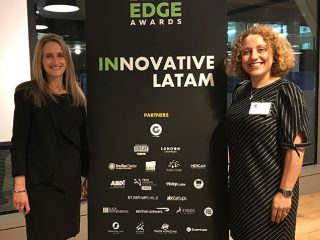