In the last year, there’s been a lot of talk about ‘fake news’. From the last U.S. presidential election, where made up stories were routinely circulated on social media, designed to sway opinion and influence voter behaviour to probes into potential false allegations being made in the French Presidential election, fake news is rife.

So, what exactly is fake news? Simply put, fake news is a story made to appear truthful which in fact has no truth to it at all. In other words, misinformation or lies. It can include satire but will tend to focus on those items purporting to be news rather than comedy.

Fake news is a scourge for those working in the media industry or in creating content for media. It undermines public confidence in what is genuine news and what is made to seem real. It also erodes confidence in longstanding media organisations who are tarnished with the same brush as newer kids on the block, whose purpose is more focused on driving Internet traffic.  With fact-lite stories, technology has made matters worse. Social media sites such as Facebook and Twitter have resulted in unchecked stories being quickly disseminated around the world.

When Facebook received severe criticism for not dealing with the problem of fake news, it responded with specific measures. Facebook said the reason it was tackling the problem head on was because it erodes trust within its community.

Adam Mosseri, a VP at Facebook said: “All of us – tech companies, media companies, newsrooms, teachers – have a responsibility to do our part in addressing it.”

PR professionals can and should also play a part in combating fake news stories.  The reason why we should combat fake news is self-evident but may well need repeating. As the PR sector evolves in the digital economy, customer stories and insight are at the heart of creating content for many agencies. To maintain relevance in the technology sector, PR professionals need to continue with creating compelling client stories. These stories are circulated on social media sites using traditional and digital channels. PR agencies must therefore ensure that their campaigns are based on analytics, consumer and business insight, an d checkable facts that stack up.

How to go about tackling fake stories is the tricky part. Stay tuned for our next blog on how to spot and manage fake news, which will be posted on our site next week. 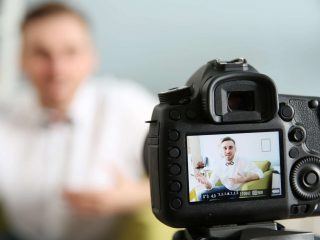 Next Post (n) How to get a handle on fake news